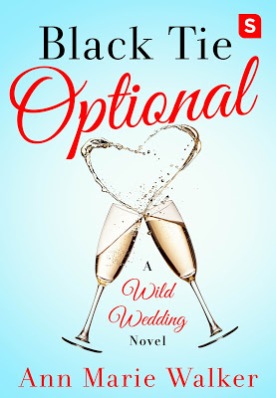 Everything about Coleman Grant III oozes power and sex. And not the perfunctory
kind either, but the sheet clawing, heart stopping, gasping for air after
you’ve screamed so loud you can’t breathe kind. From his dark wavy hair that
stands in an artfully rumpled mess, to the blue eyes that sear your skin, to
his full, sensual lips – on the surface he’s pure perfection.

Too bad
he’s an asshole. An arrogant, uptight corporate raider hell bent on destroying
the environment one species at a time.
Everything
about Olivia Ramsey screams hippie humanitarian. From her blond hair tied in a
sloppy bun, to her faded jeans with the Bonnaroo patch sewn on the thigh, to
her combat boots still splattered with mud from the previous day’s site visit.
So it makes
perfect sense that they would get married. In Vegas. Stone-cold sober.Cole
needs a wife. Olivia needs to save an endangered species. But what starts as a
marriage of convenience soon turns into a battle of wills and sexual tension.
Love is a game, and Olivia and Cole are ready to win.

Ann Marie
Walker writes
steamy books about sexy boys. She’s a fan of fancy cocktails, anything
chocolate, and 80s rom-coms. Her super power is connecting any situation to an
episode of Friends and she thinks all coffee cups should be the size of a bowl.
If it’s December she can be found watching Love Actually but the rest of the
year you can find her at AnnMarieWalker.com where she would be happy to talk to
you about alpha males, lemon drop martinis or supermodel David Gandy. Ann Marie
attended the University of Notre Dame and currently lives in Chicago.