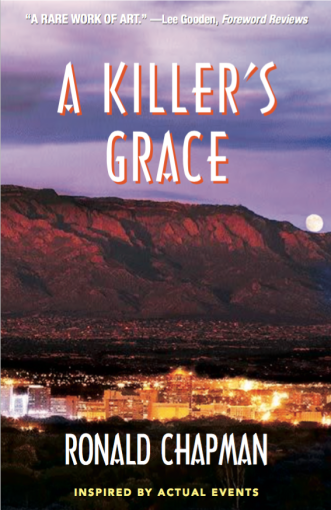 by Ronald Chapman and

My Name is Wonder

From the high desert of New Mexico comes a tale of mystery, murder and redemption. When journalist Kevin Pitcairn receives a disturbing letter from a serial killer, he is drawn into a compelling journey with profound psychological and spiritual implications, not just for the murderer, but for himself and society as a whole. As he tries to investigate and then tell the story, he finds himself battling his own inner demons and sordid history. Events conspire to propel an isolated matter to a national stage and audiences that are increasingly hostile. Forced to explore the roots of human psychology and sanity, Pitcairn must navigate moral and philosophical realms. What is the nature of evil? What powers of choice do humans actually possess? How may we be redeemed? And in the end, how do we reconcile with ourselves? 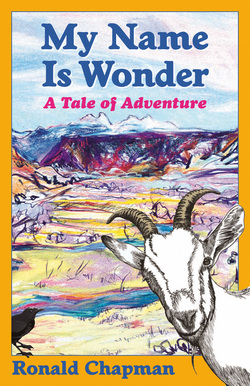 MY NAME IS WONDER Blurb:

My Name is Wonder chronicles the transcendent adventures of a little goat with big dreams. Join Wonder and his wisecracking guide, the mysterious crow Mac Craack, on a journey through the scenic landscapes of the American Southwest and into the heart of a mindful presence. Along the way, you’ll meet an unforgettable cast of creatures, each with an important lesson to teach.

As a freelance journalist and columnist for the local afternoon newspaper, the Albuquerque Chronicle, Pitcairn often received unsolicited mail. In this case, he immediately recognized the name of Daniel Davidson. He knew all about the case. Davidson was convicted for the murder of four of his six Texas victims after protracted delays for psychiatric evaluation. During that time, the state of Oklahoma had opted not to prosecute him for the murder of a seventh victim. But after those many lengthy delays, he was remanded to the custody of the state of New Mexico for trial in the murder of a seventeen-year-old Santa Fe high school girl.

That final proceeding was notorious for ending without a conviction two weeks before. Unlike the Texans, this jury had bought the psychological evidence. Their decision was greeted with derision and accusations of racism from the northern New Mexican, Hispanic community to which the young woman belonged. The police had to quell a near riot. Now Davidson was to be returned to Texas to await execution.

Davidson’s case was unusual. Despite the efforts of anti-death penalty agitators to appeal his case in Texas on psychiatric grounds, especially in light of the New Mexican decision, the murderer requested that his sentence be carried out as soon as possible. It was reported that he understood he had broken society’s covenants and actively sought his own death.

Ronald Chapman is owner of an international speaking and consulting company, Magnetic North LLC. In addition to international accreditation as a speaker and national awards for radio commentary, he is the author of two novels, My Name is Wonder (Terra Nova Publishing, 2016) and A Killer’s Grace (Terra Nova Publishing, 2016 and 2012), two works of non-fiction, Seeing True: Ninety Contemplations in Ninety Days (Ozark Mountain Publishing, 2008) and What a Wonderful World: Seeing Through New Eyes (Page Free Publishing, 2004) and the producer of three audio sets, Seeing True: The Way of Spirit (Ozark Mountain Publishing, 2016, 2005), Breathing, Releasing and Breaking Through: Practices for Seeing True (Ozark Mountain Publishing, 2015), and Seeing True – The Way of Success in Leadership (Magnetic North Audio, 2005). Ron provides a wide array of social media content at www.SeeingTrue.com, content for people in substance abuse recovery at www.ProgressiveRecovery.org,  and other content from his master site, www.RonaldChapman.com.  He holds a Masters in Social Welfare from The University at Albany (New York.) Prior to his relocation to Atlanta, Georgia in 2008, he was a long-time resident of Albuquerque, New Mexico.

Note: A Killer’s Grace is one of two novels by Chapman being released simultaneously by Terra Nova Publishing, the other being My Name is Wonder. The publisher commented, ““It is remarkable that these two books can be so very different but somehow speak to the same messages.”

http://www.RonaldChapman.com/ for other information from the author.

http://www.ProgressiveRecovery.com/ for materials relevant to those in recovery from substance abuse.

Note: My Name is Wonder is one of two novels by Chapman being released simultaneously by Terra Nova Publishing, the other being A Killer’s Grace. The publisher commented, ““It is remarkable that these two books can be so very different but somehow speak to the same messages.”

“…a book for the ages, with profound truths simply stated. First there was Jonathan Livingston Seagull and then Yoda—Now there is Wonder…”

-Beverly Molander, Minister and Radio Host of Activating the Power of Yes

-Paula Renaye, Author of Living the Life You Love

“Clarity is an aspect of love, it is seeing clearly. Ron Chapman sees with those eyes. He pays attention as few do to the miracles around us.”

Ronald will be awarding a $10 Amazon or B/N GC to a randomly drawn winner via rafflecopter during the tour.

Enter to win a $10 Amazon/BN GC – a Rafflecopter giveaway