There is a street that follows the water along the South Beach of Miami. Its name is Ocean Drive.

Among the excitement of South Beach, Kate Olesen has the perfect weekend romance with a mysterious and sexy artist. Jaded from her time as a divorce attorney, Kate is not willing to look past the two days and she returns home to Chicago. However, she can’t deny that this man that has changed her forever. Can she find a way to forget him…or does she even want to?

Dominic Price needs a woman that could see past his fame and fortune. He needs Kate. She’s brilliant, gorgeous and an art lover as well. This Midwestern girl is everything he’s been waiting for. Can he convince her to stay with him? 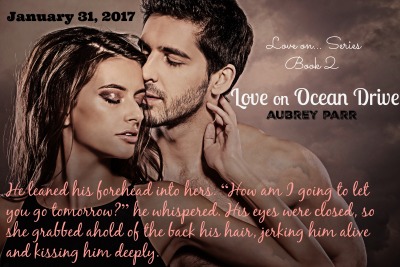 They barely made it through front door, especially since Dominic almost broke through it when the key didn’t make it into the lock on the first try. Once inside, Kate practically pulled him onto the floor of the long entryway. It felt like she was in a scene from a movie. They fumbled as they moved, insisting that they didn’t lose grip of each other. Dominic kicked the door closed behind them and, dropping to his knees, lifted her sundress up to reveal her stomach. Everything had been frantic and thrilling, but for a short moment, he stopped and sweetly kissed her hips and belly button. He glanced up at Kate and gave her that deadly smirk. Full of life again, he ripped the dress over her head. Next, she was undressing him as they found their way to the first piece of furniture that would support them- a white stone sofa table that ran along the back of the couch in the middle of the room. He lifted her up onto the table, and the shock of the cold against her butt and thighs startled her into a laugh.

Again, she found her hands running along the tattoos of his artwork splashed across his muscular chest. She leaned over and kissed along the swirls of paint. She loved his work. Seeing and touching it in real-life on the artist himself…it was an indescribable feeling. She wanted him inside of her now. She laid back on the table while her head rested on the back cushions of the couch. Dominic knew just what to do to take her over the edge.

With each thrust, she moved further back on the table. Finally, she leaned her head back and saw the comfort of the huge white couch behind her. She reached up and grabbed his shoulders. He knew what she wanted. They maneuvered over the table together and landed safely on the couch, which was deep enough to comfortably hold the two of them.

Dominic climbed on top of her. He had had other women on this same couch over the years, but nothing compared to this moment with Kate. No other woman in his past had ever excited him this way. He reached through her pile of hair and found the back of her head, lifting it up to meet his so he could take her mouth again. She let out a sweet moan in response.

Dominic had always loved it hard and fast, and now was fighting to keep himself in check. Earlier that morning, he had been just barely awake, and she was so perfectly sweet. Their first time felt more like some kind of dream. This time, he wanted to savor the moment with her. He didn’t want it to feel like a random fuck with a woman he had picked up. Kate was too special for that. He slowed his pace. She spread her legs wider to take him in deeper. With that one simple move, his eyes rolled back inside his head, and he lost any sense of control he thought he had obtained.

Love On The Malecon

Purchase book one of the Love On… series here!

Aubrey Parr waited until her she was forty to publish her first novel. Although she received her Master’s in Accounting, Aubrey always knew that she wanted to write. She was inspired by her great-uncle, author Evan S. Connell. She lives with her husband and daughter outside of Chicago, Illinois and is currently writing book 3 of her Love on… series. When Aubrey isn’t writing, she can be found with a book in her hand. 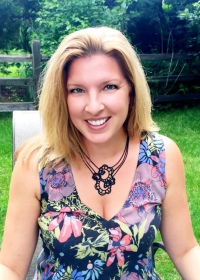