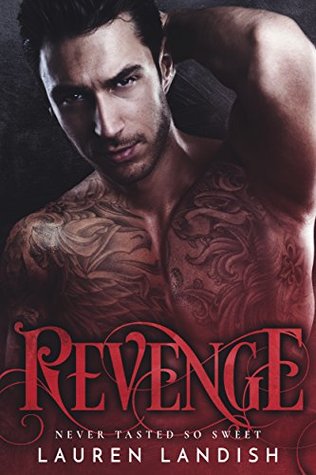 Source: Received in exchange for a honest review

The DeLaCoeur family destroyed mine, and ever since I was a little girl, I vowed I would have my revenge.

Now the time has come, and I’ve waited my whole life for this. The heir to the family fortune is first on my list. Jackson. It should be easy—he’s just a billionaire playboy that’s used to women falling at his knees. I’ll play along, I’ll seduce him, and I’ll humiliate him. But the second his warm lips burn into my neck, I fear that I might wind up sleeping with the enemy…

She pulled my c*ck out in front of the paparazzi… now it’s war.

Katrina Grammercy is after me for a crime I didn’t commit.  She wants to ruin my reputation—make me pay for my father’s sins.

But she doesn’t know who she’s f**king with. In this game, I make the rules.  She’ll be just like the rest—one taste of me, and she’s done.

I’ll give her revenge, by owning her sweet, tight little ass.

I absolutely loved everything about this book. I have listened to the audio version and it was amazing! The narrator Megan Kelly is fantastic, she manages to express each character’s emotions and makes a clear distinction between them.

Ok, now that I’ve made it clear where I stand let’s get into my reasons. My main argument is the story (imagine that). The action is amazing, with a lot of twists that one can cannot foresee (at least I didn’t). It is a (complex) revenge plan set in motion by Katrina Grammercy for all the pain the the DeLaCoeur family has caused her. She blames them for the loss of her parents and for a childhood spent from foster home to foster home until someone decides to show her another way to channel her anger

Even from the beginning it is quite visible that Kat is as human as all of us, as her actions at misguided. She directs her revenge on the entire family,  but will soon discovered she has plenty of allies and maybe not all of them are to blame. She never loses her focus, she has a clear goal which MUST be fulfilled.

Jackson, on the other hand, has lived a life surrounded by women, with money to spend on anything and anyone he desired. When hes only true friend from childhood comes back into his life, he is determined to understand what happened to sweet Katrina that she had to become Kat –  merciless, mysterious, well trained in martial arts, hacking and God knows how many other areas. And he wants his friend back.

As I was mentioning in the beginning, there are twists in the story that you cannot even imagine, there are decisions that will surprise you all the way till the end. The writing is fabulous as well. The author offers two point of views: Katrina’s and Jackson’s. I loved the passing from one point of view to the other, as it did not cut directly into where the previous chapter ended. We get to understand both characters’ reactions.

Now, I did decrease one star from my rating just because I liked it so much that I was a bit disappointed in a couple of aspects. I wanted to know more about Kat’s parents. I would have wanted a little more insight into how they came up to be like that. I know it’s pretty vague, but I’m trying to keep this a spoiler free review. Some of the scenes right before the end were kind of forced into the book, as they seemed to me completely out of context.

Writing has always been her first love and she’s happy to write for women who are thirsty for a little heat in the bedroom!

Lauren now resides in North Carolina with her boyfriend and her fur baby.