Can she resist his brand of trouble in paradise? 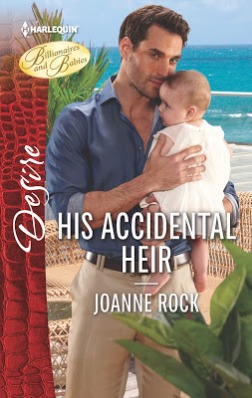 When resort
developer Cameron McNeill goes undercover to root out problems at his prized
island property, his first discovery is the irresistible concierge, Maresa
Delphine. Her business smarts are vital to his mission. But the struggling
single mom could help with his personal mission, too: fulfilling the marriage
terms of his grandfather’s will.
Maresa is
overwhelmed caring for her infant niece and tending to the demands of the
resort’s sexy mystery guest. When he reveals himself as the owner, she’s thrown
for a loop. But when he proposes…can she resist his brand of trouble in
paradise?

Want more of the McNeill Brothers? 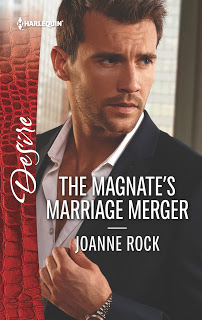 This book approaches a large variety of themes, but only scratches the surface. It is a 3.5 read for me, but I definitely enjoyed my time reading it. Both characters are strong and both know exactly what they want and what they expect from their partner. I would have wanted a more developed story, as the plot has a lot of potential.

Maresa and Cameron lead totally different lives. While she has to sustain her sick mother and brother not only financially, but morally as well, Cameron has had a life with all he could have wanted, except an absentee father. But he does have brothers he can count on, a grandfather who has become his role model and a fortune envied by many. They meet under false pretenses, but as soon as the veil comes off, they start a different kind of relationship.

What I mostly liked about the story was the numerous themes it approaches. But this was also the thing that made me not like it a little bit, because all these themes are so well mixed and it could have become so much more. We have two different kinds of families: Maresa’s, that above all other issues, has to accept a baby, and Cameron’s, that has to accept the family they never knew about. Also, we have a character that has a brain problem, so we have an acceptance issue. We have child abandonment and some other smaller ones. The way all this blends into the romance building between our protagonists is absolutely divine.

This was an easy and quick read. I had my moments of laughter and also moments of confusion, together with the characters. The writing did catch my attention and I was quickly captured by each page.

Four-time
RITA nominee Joanne Rock has never met a romance sub-genre she didn’t
like. The author of over seventy books enjoys writing a wide range of stories,
most recently focusing on sexy contemporaries and small town family sagas. An
optimist by nature and perpetual seeker of silver linings, Joanne finds romance
fits her life outlook perfectly–love is worth fighting for. A frequent speaker
at regional and national writing conferences she enjoys giving back to the
writing community that nurtured and inspired her early career. She has a Masters
degree in Literature from the University of Louisville but credits her fiction
writing skills to her intensive study with friend and fellow author Catherine
Mann. When she’s not writing, Joanne enjoys travel, especially to see her
favorite sports teams play with her former sports editor husband and three
athletic-minded sons.