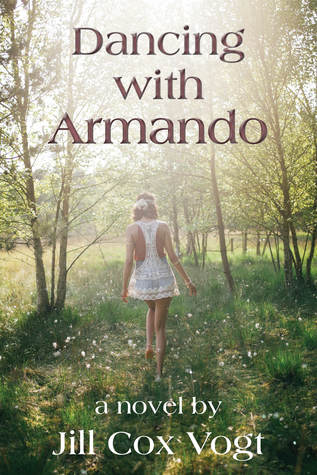 Born in a Tennessee commune to a hippie mother and an unidentified father, Iris Lyon already feels short-changed. Now, in small-town Twicks Hill, her husband chooses vodka over family interaction, her mother stages protests, and her musically gifted daughter grows sneakier by the day. When Iris runs into an old acquaintance, handsome mystery writer Armando Torres, she hopes for friendship to ease her frustrating world. Instead, she must overcome deceptions that crash in on the night she meets her father and dances with Armando.

I received a review copy of this book and “Dancing with Armando” is a book that puts in comparison not only three different women, at different ages, but as well different types of life styles. I must admit that I was expecting so much more in the beginning, but once I was done reading it, I did understand all the concepts behind Sophie, Iris and Heaven.

A hippie grandmother, an unhappy mother and a talented daughter, all meet and for this spectacular combination of personalities. Each has tried to make the best for her family. Sophie was abandoned by her lover and father of her child when Iris was just a baby and she has never heard of him before. She has dealt with the pain ever since the best way she could: forgetting and following her ideals, being an artist, in a hippie sort of way. Iris has become a mother herself and, even if her marriage is not the strongest, she is doing her best to offer a father to her daughter. Heaven, on the other hand, is trying to reunite past with present and make a career in music.

But who is actually Armando? Well, Armando is more than a character. I see him as a concept, since the expression “dancing with Armando” is used several times with a deeper meaning. Dancing with Armando is like an option to escape an imperfect life.it is that one special moment when you can let it all go and imagine yourself someone different. Is the ideal life we all want.

I did not like how the encounter between father and daughter was presented and it made Iris seem immature for a married woman with a child. Also, I would have wanted to know more about Iris’s marriage, how bad it was before the shift in their lives and how it was after that moment. But other than that, I have no complains.

This is the sort of book that makes you reflect on the good and bad in your life and nudges you towards appreciating all the good. If things are not as one would like, the only solution is to fix them, not run away. At least this is the idea that I was left with after finishing it. Hope you like it as well.

One thought on “Book Review: Dancing with Armando”