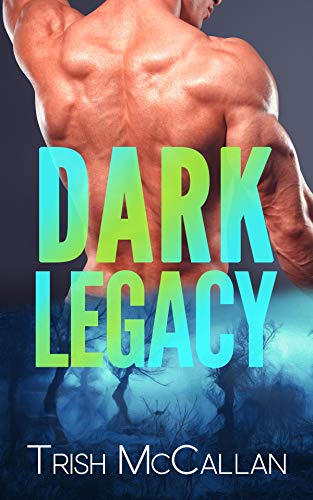 For sixteen years he’d lived with the certainty that they’d caught the right guy…convicted the right guy…punished the right guy. While life behind bars didn’t make up for what the bastard had done, the families he’d destroyed, or the lives he’d stolen, the fact he’d died a broken, lonely man locked in a cell had been a small comfort. But now Ariel Hamilton was back—the onetime love of his life and the daughter of Dark Fall’s infamous serial killer. She rolled into town with her icy smile, furious eyes and baseless accusations of police corruption. Damn it to hell, Hamilton had been the X-factor killer, he was absolutely certain of that—no matter how desperate Ariel was trying to prove him wrong.

For sixteen years she’d lived with the knowledge her father had been framed, and watched him waste away in prison for crimes he hadn’t committed. Nobody had believed her back then. Even Rhys, the boy she’d loved with all her heart, had walked away. It had been a hard lesson, but she’d learned it well—count on no one. Now she finally had proof of her dad’s innocence. Proof that Dark Falls police department had framed an innocent man and covered it up…were still covering it up. She wasn’t nineteen anymore, she wouldn’t be cowed and ran out of town. She’d stay and fight to clear her father’s name. Even if that meant drawing the real killer out…even if that meant making herself a target and losing a second chance with the only man she’d ever loved. 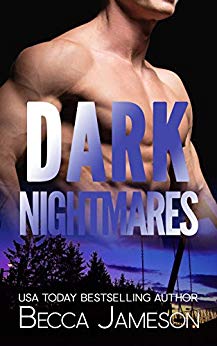 Nicole Salway left Dark Falls eighteen years ago with no intention of ever returning. Destroyed beyond repair, she closed that chapter of her life for good. But nightmares have plagued her for two decades. Nonsensical nightmares that have kept her from leading a normal life. The Dark Falls police department failed her as a young girl, but now she’s a detective herself, and her hometown needs her help. Returning to the place where it all began could crack open her past and leave her raw and exposed if she’s not careful.

Mason England isn’t fond of going undercover without his usual partner, but the state has assigned one of their own detectives to help solve a horrific murder. After all, the victim is the governor’s daughter, and all evidence points to a local club. Mason’s temporary partner takes his breath away the moment she enters the precinct. But Nicole is a conundrum. She guards her secrets close, so close that Mason realizes no one has ever penetrated her walls.

Sharing her past with Mason, or anyone, isn’t an option. Nicole does not date. Ever. But Mason is persistent and patient. As Nicole’s past unravels, threatening to destroy her, Mason just might prove capable of grabbing the pieces as they fall and putting her back together again.

The Dark Falls, CO series is a multi-author romantic thriller series set in the fictional town of Dark Falls, Co. Each book features a separate hero and heroine and suspense storyline. They can be read in order or out of order depending on reader preference, although readers may enjoy the books best if read in order. The books currently being promoted are books three and four in the series- books one and two released on October 9th. You can find the four titles currently available, as well as a list of upcoming titles here: http://loriryanromance.com/darkfalls/

When it came to murder, every avenue was investigated.

Assuming the victim had been murdered.

Rhys suspected she had been; his instincts had been humming since he’d gotten the call an hour earlier. The location and markings were too damn suspicious for anything else. Unless… unless some malicious prick had found a dead drifter and decided to play a nasty prank on the town.

He crunched his way across the first perimeter, his skin and chest tightening beneath the constant furtive glances that followed him. Sevier was waiting at the second perimeter tape—red this time.

“You’re late.” There was no accusation in the comment; instead, concern narrowed the light brown eyes studying him. “You okay?”

The question stopped Rhys in his tracks and tensed the muscles of his back. Fuck… he’d expected the concern… the questions… those little sideways looks everyone was giving him. He just hadn’t expected them to dig under his skin like slivers of ice.

“I’m fine.” He kept his voice neutral, his face blank, and ducked beneath the tape to join Sevier. “When did you start buying into Cantu’s theory of oversharing?”

Eric Cantu was Sevier’s partner. He was also the Major Crime unit’s company comic and pop psychologist. Christ, it was bad enough having Cantu mothering the hell out of them, encouraging everyone to express their feelings. Having two dithering hens in the unit would be two too many.

Sevier simply shrugged. “The boss fill you in?”

“About the carvings? Yeah.” Rhys buried his immediate visceral reaction. But remnants of the nightmare slipped through.

He locked down the corresponding surge of rage and horror. Even now, so many years later—those early, raw emotions dug their claws into him sometimes, catching him unprepared. He’d spent the past forty-five minutes drinking coffee and girding himself to make sure they didn’t latch onto him here… now.

“Whoever did this… the perp? He’s a mimic. A fucking copycat.” Sevier scowled and blew out a deep breath that hung in the air like a frosty question mark.

While he’d been a clueless kid when Kenneth Hamilton had been carving up young women and dumping their bodies in this section of the Colorado State Forest, he knew many of the detectives who’d been instrumental in catching the bastard.

Hell, Gerald Osborn and Craig Patel had been the lead detectives on the case back then. They were sharp as needles, methodical, and unbiased. They didn’t jump to conclusions; they followed the evidence. There was no fucking way Hamilton would have been arrested and convicted without a sea of evidence supporting the case.

The bastard had been guilty. There was no question of that in Rhys’s mind. Regardless of how vehemently Ariel had insisted that her father wasn’t the killer… couldn’t possibly be the killer—

Rhys swiped a hand down his face. Christ, he needed to get his mind under control. These damn memories were not helping.

He sighed and pinched the flesh between his eyebrows. This new victim with her blond hair and blue eyes and the X-10 carved in her forehead had just muddied the Hamilton case significantly.

Someone was out to fuck with them.

Nicole had been a detective for six years. She’d worked undercover more times than she could count. This was the first assignment that completely threw her off her game.

Thank God, Mason seemed nice enough that he would do his best to ensure she was comfortable, but she really didn’t like putting herself in situations where she was inferior to a man. Ever.

He was picking her up from her hotel any minute now, and she was pacing like a sixteen-year-old about to go on her first date. He had said she could wear whatever she wanted, but he’d also implied she might fit in better if she showed a little skin. Apparently, there would be people there wearing anything from jeans and T-shirts to expensive sexy corsets and short tight skirts to…complete nudity.

She shuddered and rubbed her arms for the millionth time. She was a grown woman for heaven’s sake. A detective. She could handle just about anything. Blood. Dead bodies. Active shooters. Masked gunmen. Car chases. Heights. The list was long. It didn’t include fetish clubs.

At exactly midnight, a knock on her door made her jump. She shook her arms at her sides and took a few deep breaths before peering through the peephole and then opening the door.

She hadn’t thought much about how Mason might be dressed, but she was pleasantly surprised to find him in black jeans, a black tee that hugged his pecs to perfection, and black loafers. He’d showered recently. His hair was still damp, and as he stepped into her room, she could smell the clean scent of his soap and shampoo.

If this were a date, she would consider herself the luckiest woman alive. He had been attractive from the moment she’d met him, but tonight he was smoking hot. And that smile… The way he looked at her with slightly narrowed eyes. The air between them sizzled and she hadn’t even let him inside the room yet. For several moments, it was impossible to remember this was not a real date. It was a job.

Damn. She needed to avert her gaze, school her expression, and shake the wandering thoughts about what his chest might look like from her head. She was on a job. She never ogled men at work.

As a rule, she didn’t date anyone she worked with, not even people from another department. Of course, Mason was from another city, so in the long run, he didn’t count. But, looks aside, he had several strikes against him.

With that in mind, she faced him again, only to find him eyeing her from top to bottom. She couldn’t read his expression, so she wasn’t sure how she measured up to his expectations.

This is not a date.

“Will this work?” she asked, pointing down at the little black dress she’d purchased that afternoon. She was not ordinarily a shopper. She didn’t like crowded stores, and she hated fitting rooms. Online shopping was far more her style. But she hadn’t arrived in Dark Falls with anything she would deem appropriate for tonight, nor did she have time to order something and have it delivered. 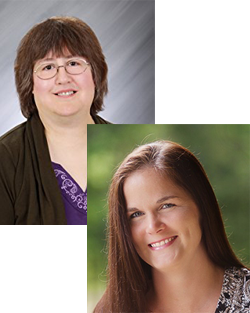 Trish McCallan was born in Eugene, Oregon, and grew up in Washington State, where she began crafting stories at an early age. Her first books were illustrated in crayon, bound with red yarn, and sold for a nickel at her lemonade stand. Trish grew up to earn a bachelor’s degree in English literature with a concentration in creative writing from Western Washington University, taking jobs as a bookkeeper and human- resource specialist before finally quitting her day job to write full time.

Forged in Fire, the first book in her Red Hot SEALs series, came about after a marathon reading session, and a bottle of Nyquil that sparked a vivid dream. She lives today in eastern Washington. An avid animal lover, she currently shares her home with four golden retrievers, a black lab mix and two cats.

A total night owl, Becca writes late at night, sequestering herself in her office with a glass of red wine and a bar of dark chocolate, her fingers flying across the keyboard as her characters weave their own stories.

During the day–which never starts before ten in the morning!–she can be found jogging, floating in the pool, or reading in her favorite hammock chair!

Becca loves chatting with fans on social media! Reach out, and she will respond!