I am one of the lucky bloggers that have received an advanced copy and I have already started reading it. I’m half way through and I’ll let you know in a couple of days what my thoughts are 🙂 In the meantime, let’s admire this gorgeous cover! 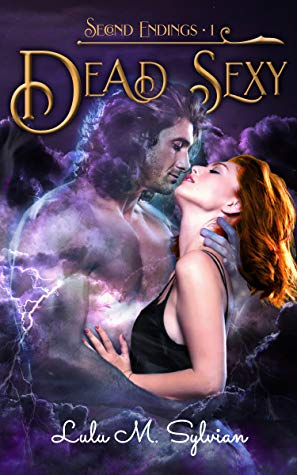 Medical illustrator Gillian Denver has a unique talent, and it’s not her ability to depict the systems of the body accurately and artistically. She can talk to spirits, only she doesn’t realize it.

Peter Keith, a one-time TV sitcom star whose career dissolved from A-lister hunk, to out of shape, straight-to-cable-movie D-lister has a problem. Peter regrets decisions he made in his life, and would like a do-over. He convinces Gillian to help him. One little problem, Peter is dead.

Thinking it’s her over active imagination causing her reoccurring dreams about Peter to spill into daylight hours, Gillian finds herself talking to him while she works. Together they begin to recreate Peter’s life by writing a book the way he wishes things had worked out. Gillian is not fully convinced that Peter is anything more than something she made up, a glorified imaginary friend, a new muse.

Gillian’s feelings for Peter complicate her relationships with the living. She is afraid the love she has for Peter will never be enough because she cannot give him what he really needs, a resolution to the life he wasn’t ready to leave.

Bio-engineered to be the only redhead in a generation of blonds, Lulu feels that “aliens” may actually be the best answer for a lifetime of being asked, “Where did you get that red hair from?”

She did not come into writing from years of scribbling words on paper. Her background is rooted in visual arts and making pictures. Encouraged to make those pictures out of words Lulu began writing just to see what would happen. What happened was two full-length manuscripts in three months.

Lulu cannot ride a horse, a motorcycle, spin a hula hoop, or play roller derby. Yes, she has attempted all of those, even if it has been decades since she’s been on a horse or a motorcycle. She embraces the crazy that comes with that one little genetic mutation and attempts to live up to the reputation that proceeds her. Lulu would like to apologize for her contribution to the hole in the ozone layer from her use of hairspray in the 1980’s.

Ok, so that’s about it for now. Until my review  is up, check my other fellow bloggers, who are taking part in this blog tour :