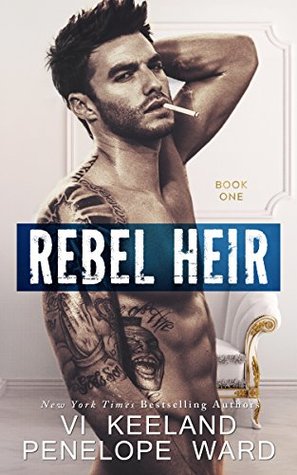 How to kick off a great summer in the Hamptons:

Snag a gorgeous rental on the beach. Check.

Get a job at a trendy summer haunt. Check.

How to screw up a great summer in the Hamptons:

Fall for the one guy with a dark leather jacket, scruff on his face, and intense eyes that doesn’t fit in with the rest of the tony looking crowd. A guy you can’t have when you’ll be leaving at the end of the season.

Or so I thought.

Until one night when he demanded I get in his car so he could drive me home because he didn’t want me walking in the dark. That was sort of how it all started with Rush. And then little by little, some of the walls of this hardass man started to come down.

I never expected that the two of us, seemingly opposites from the outside, would grow so close.

I wasn’t supposed to fall for the rebel heir, especially when he made it clear he didn’t want to cross the line with me.

All good things must come to an end, right?

Except our ending was one I didn’t see coming.

The entire Rush Duet is a complete question mark for me. As I am writing this review, I am still debating my rating for both book 1 and 2 from the series. I have heard a lot of great things about both authors and the books they write together and my hopes were very high going into the series. Unfortunately, not all expectations were met 100%. More like … 60%? 65%?

Book 1 centers on how Gia and Rush meet. She needs a job and he happens to have one available for her. A funny coincidence in which she insults him unintentionally and he is so pissed (and impressed) that he decides to blackmail her into accepting a host position at his bar. From here, they start a beautiful friendship. He knows she is off limits and all he can do for her are tiny favors. Something in Gia is easily cracking Rush’s walls.

It’s great seeing the two interact and is great seeing rush slowly melting his heart to Gia’s determination. He is her boss and he respects that until he can no longer. Gia is a writer and it was beautiful understanding her struggles and the pressure she is under. As a reader, it made me think twice about asking for the next book in a series sooner! I fully understand. I have said it many times before: if I struggle putting 200 words together in a review, I cannot imagine how writing 10,000 would feel like. Rush is there for her all the way. He is supportive, understanding and her motivation and muse. In exchange, Gia is his light and a reason to settle.

Now, on the negative front, I did not like Rush’s “voice” in the book. I could not feel his masculine side very well. He did not have the masculine “voice” I would have expected. Everybody at his club thought of him as this demonic figure, but he did not feel that way to me. I wanted more substance in his character. Some of his actions were naïve, at best, like how he considers Gia off limits because she is his employee and he wants to have some dignity at work. But driving her every night home wouldn’t raise suspicion?

Well, now that all facts are out there, I cannot give more than 3.5 stars. I loved the tension between Gia and Rush, I loved how their relationship is built, but I did not feel very comfortable with Rush, as a character. Most of his personality was built on hearsay. On to book 2….

Cover review: I like the Rush on the cover, I do not like the background. Yes, he is part of a rich family and has to deal with meetings, but the armchair behind is too stylish for Rush’s way of life. Also, makes me think of royalty, not just rich people. The contrast between the title colors and the white is nicely executed.

Favorite quote: “She writes romance novels, Oak. Fucking fairytales. That means, deep down, she wants the fairytale for herself. And I’m not the fairytale. I’m the horror story.”