Title: Mine, Forever and Always

Source: ARC received in exchange for review from Reading Alley

It seemed harmless enough until he leaned in and whispered to her his true feelings, amorous words she has been unable to forget: Now you’re mine, forever and always.

Unfortunately, growing up pulls them apart and transforms Henry into a pompous scoundrel. When they meet again at a house party hosted by Henry’s sister, will Henry remember his once faithful promise to Lily?

Find the book on Goodreads and Amazon.

After some time away from books, this was just what I needed to get back on track. I quick read, full of emotions, with some smart and funny characters. Set up in a time of arranged marriages, gossip that weighted a lot and women with a reputation to defend, “Mine, Forever and Always” is a story than blends very well!

Lily Scott has been waiting since her fifteenth birthday for Henry Dalton to honor their vows that she will be his, vows said in a pretend marriage ceremony. This was a moment that weighted a lot in her heart, but that created confusion when Henry left without so much as an explanation. Now being face to face with him again and with an arranged marriage with a man that she did not love, Lily will have to keep her feelings in check.

I loved the way the story develops and how the main characters come to rediscover each other. Even though it is not a long read, the pace is steady without rushed moments. There are also some funny scenes that will definitely bring out a smile – but the smart kind of funny. The language was adequately used to suite the era. Having the POVs of both characters gives the reader a complete image of the relationship and a better understanding of why one of them took certain decisions. No complaints from this perspective from my end!

Characters are amazing! Lily, though still young and inexperienced, has an intelligence that make her stand out. Her quick mind finds a way to steal a lost love letter from Henry’s pocket, though this has cost her an emotional turmoil. With a passion for books and a secret writing career, she still aspires to have a loving husband (maybe her dream husband). I liked that she was portrayed like independent somehow and strong enough to understand her obligations to her future husband. She was not the whiney type, not even too rebellious either. On the other hand, Henry is somewhat of a mystery for the beginning of the book. We do not receive right away his explanations, though his feelings are quite clear. He wants to see if Lily is the same innocent girl he’s left years ago. He is strong, firm on his decisions and equals Lily in intelligence. They make a great couple! Let’s not forget the matchmaker of it all, Henry’s sister. For me, she was the surprise of this book. An exuberant character that brings more life into the story. I think she outsmarts everyone!

As a conclusion, obviously 5 stars are in order for a book which features smart characters, an amazing love story with a dose of amazing writing! Congratulations to the author and can’t wait to see how Henry’s sister will do with her own romance. 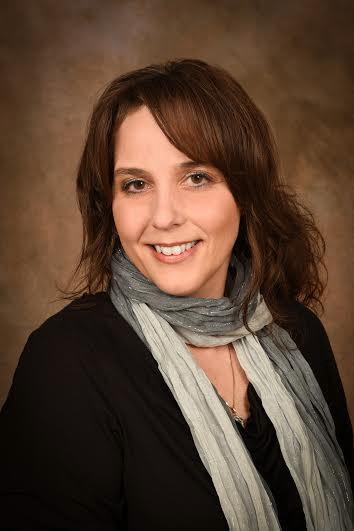 I have been writing for thirteen years. My debut novel, LORD BACHELOR, earned second place in The Heart of Excellence, Reader’s Choice Award in 2016. This novel was also featured in InD’tale Magazine for receiving a Crowned Heart Review (4.5 stars). Although I enjoy the contemporary romance genre, my first love is historical romance. There’s just something about a man in a pair of Hessian boots.

When I’m not writing, I’m spending time with my husband and two boys, ages 13 and 11. Without their sacrifice and understanding, I would have never been able to pursue my passion of writing or my accomplishment of becoming a published author.

No matter what I write and read, there ALWAYS has to be a happy ending.