Title: The Watcher of the Night Sky (The Aronia Series Book 1) 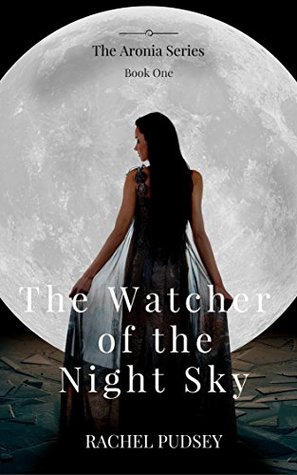 Source: received from the author in exchange for an honest review

Fifteen-year-old Abigail Crumble was never much for talking about love and marriage and other such nonsense – no matter how often her boy obsessed best friend pestered her to do so. Or so she so adamantly proclaimed.

Yet on the eve of her sixteenth birthday, Abigail makes the biggest, most contradictory mistake of her life. She wishes on the stars for love, or even the smallest amount of attention, without knowing the full impact of such a feat.

Abigail soon finds her simple life in chaos as princes, men and mysterious creatures come to her door, each adamantly in love with her and refusing to leave her side.

Mixing fantasy and romance, The Watcher of the Night Sky begins the tale of one girl’s quest to rid herself of a curse that was definitely far more than she wished for.

There is a say: “Be careful what you wish for because you just might get it”. This is the perfect line that would go with this book. At her fifteen years, Abigail wishes she could be in the center of attention, like her beautiful best friend. She has been the source of many mockery and only in her better days she was treated with indifference. So why is she to blame for wishing some of that attention?

Things get out of control when a bunch of guys show up on her doorstep, asking for her hand in marriage. Now she must figure out under what kind of spell they are, if she has casted it and how. A lot of questions to be answered in just the right number of pages.

When it comes to our main character, the author has done a great job depicting her innocence. Her lack of knowledge when it comes to boys, love and marriage is almost tangible. She has no clue how to handle the hoard of men wanting her. But she is in for a major reveal soon enough.

The other characters are from very diverse worlds and they are unique in their behavior as well. At times, I got lost in all their banter and “fights” to win Abigail’s heart. It got so noisy and at some point, I wanted to get in there and yell: “QUIET!!!”, so that she can get some time out and figure things out. Sometimes, men can be frustratingly annoying!

The writing was not bad. It was simple and overly descriptive, but it served a purpose and went much in line with our characters and story. The beginning was quite slow and there are some scenes in which Abigail moved around town with all these strange men following her. This was kind of weird. But once the reader gets past that, all is for the better.

So this was a good start for a series. First book leaves you with a major cliffhanger, so be ready for Book No. 2. And take a moment to admire the cover! I love the moon, the dress, the dark colors… Yes!

Rachel has been writing stories since as long as she can remember. An obsession with Point Horror books led to her first novel being written at the age of ten. Truth be told, it wasn’t very good.

Rachel was born and raised in Scotland. A graduate of psychology, she now resides in South Korea. She has dabbled in teaching children, but after a few blessed years has succumbed to teaching business English to adults in Seoul.