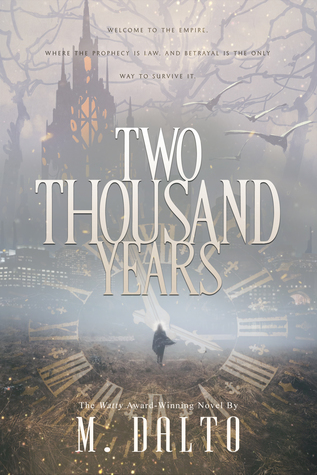 Two thousand years ago, the Prophecy of Fire and Light foretold the coming of the Queen Empress who would lead the Empire into a time of peace and tranquility. But instead of the coming of a prosperous world, a forbidden love for the Empress waged a war that ravaged the land, creating a chasm between the factions, raising the death toll of innocent lives until the final, bloody battle.

Centuries later, Alexandra, a twenty-two-year-old barista living in Boston, is taken to an unfamiliar realm of mystery and magic where her life is threatened by Reylor, its banished Lord Steward. She crosses paths with Treyan, the arrogant and seductive Crown Prince of the Empire, and together they discover how their lives, and their love, are so intricately intertwined by a Prophecy set in motion so many years ago.

Alex, now the predestined Queen Empress Alexstrayna, whose arrival was foretold by the Annals of the Empire, controls the fate of her new home as war rages between the Crown Prince and Lord Steward. Either choice could tear her world apart as she attempts to keep the Empire’s torrid history from repeating itself. In a realm where betrayal and revenge will be as crucial to her survival as love and honor, Alex must discover whether it is her choice – or her fate – that determines how she survives the Empire’s rising conflicts.

This cover is amazing! It’s impossible not to notice it even before reading the blurb. The color scheme is very much to my liking and I adore it completely! It also matches the story very well.

This is step one from my process of falling in love with the story. Stept two came when I read the blurb. The combination between a kingdom, a profecy, love, different realms is always a key to success in my books. Add to that an author that really knows her job… wat more could I have wanted?

My undoing was reading the story. I loved it so so much! I loved its intrecacies and the Empire world. Alex has so much to deal with all at once. Her strength of character is so well presented and her position is always firm, even if sometimes this proves to be difficult. I was surprised to descover characters so well done and to see them develop even more. Even the negative character has traits you may like (in a twisted way, but yes, you will come to like the negative character).

The plot is complex and has layers and layers that will suprise you a lot! The love interest is amazing. I’ve fallen in love with Treyan and the way he treats Alex. They are perfect for eachother and I cannot wait to see what’s in store for them.

All in all, this is a series worth following and definitely a book worth picking up time and time again! I loved it so so much. According to Goodreads, two novellas will be published in February and there is no launch date mantioned for book 2. At least I have something that will keep me entertained until then.  Enjoy ! (5 stars, obviously!) 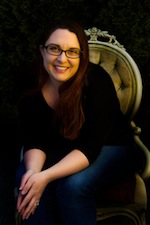 M. Dalto is a fiction author of adventurous romantic fantasy and her debut novel, Two Thousand Years, won one of Wattpad’s Watty Awards in 2016. She continues to volunteer her time as an Ambassador, where she hopes to engage and inspire new writers. She spends her days as a full-time residential real estate paralegal, using her evenings to pursue her literary agenda. When she’s not writing, she enjoys reading fantasy novels, playing video games, and drinking coffee. She currently lives in Massachusetts with her husband, their daughter, and their corgi named Loki.