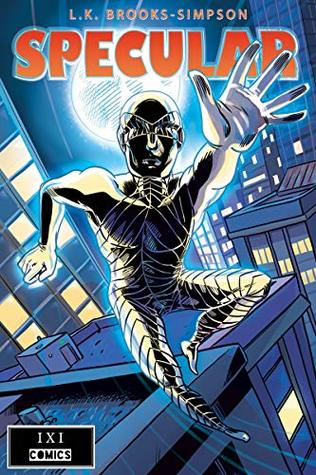 The first installment of the IXI COMICS series by author L.K BROOKS-SIMPSON

This novel is of the fantasy/superhero fiction genre and tackles some important implications of mental health and Dissociative Identity Disorder (DID).

Imagine being afraid to fall asleep in fear that you will not wake up to the life you know. This is exactly what Tre Moon experienced at nine years old. He awakes to his second dissociative identity having set his house aflame. With his home ruined and his parents murdered at his own hands, he is sentenced to trial for a life sentence. Young Tre Moon is forced to walk a path that will change his life forever.

When seventeen year old Tre comes into contact with a prohibited substance called Colloidal Supersilver his life will change forever when he finds out he has the ability to change how light refracts from his body. His new powers come with new challenges to an already complicated life, having battled Dissociative Identity Disorder for the majority of his youth.

Follow the origin story of IXI COMICS first hero as he becomes Indiana’s newest vigilante, Specular! In a city full of crime, recession, drug underlords and other mysterious vigilante’s, the legend of Tre Moon will unfold, all the while, his dark past tries to catch up with him…

Well, today looks like a day full of surprising reviews. This is another story that melted my heart on so many levels. We all have a world inside us, we all build fantasies and somewhere in our own universe, we have our Prince Charming, we are superheroes, movie stars, or just simply living the life we imagine. In part, this is what “Specular” is all about – a boy dealing with his mind.

Tre has never been alone. This voice in his head has always pushed ugly thoughts in his head! All until one day when the voice takes over and everything changes. Years later, he tries to put his life back together, trying to cope with Dissociative Identity Disorder, school and other teenage normal items – like becoming a superhero.

This was such a great combination between a story that anyone would read and one that presents something much more important like dealing with mental illness. The author did a splendid job mixing the two, but not once shadowing the important elements. We have the adult presence, the guidance of a specialist which was yet another item that marks the beauty of this story.

Overall, I liked it so so much and I enjoyed every page and every aspect of it. We all have to be aware of our mind, we all have to recognize when something is wrong. Yet we are all lost sometimes in our own thoughts and universes. So who are we really? Let’s see what the series tells us J 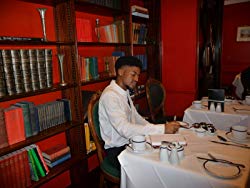 L.K. Brooks-Simpson is a native of London, England. He is an English Literature graduate and Film Production student.

Aside from his creative ventures, he is a strong supporter of philanthropy. He cites his biggest influences as J.R.R. Tolkien, Sanyika Shakur, J.K. Rowling, Tsugumi Ohba, Stan Lee and Maya Angelou, among many others.

Three sentences he would use to describe himself – A book is for the mind. Travel is for the heart. Family is for the soul.

Lara has always considered himself a student of literature and story form and for this reason, his taste is eclectic. Ranging from novels to manga – poems to screenwriting and even comic book story boards. Just as genres define certain works, there are a lot of elements that define his creative process. He has aspirations to write in many different genres.