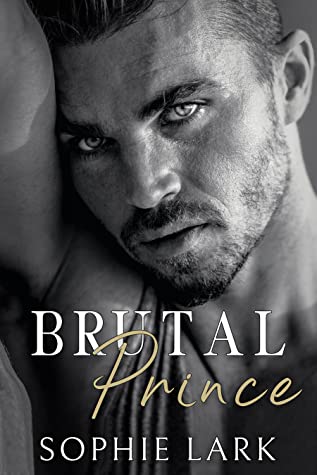 Source: Received from Give Me Books in exchange for an honest review

He’s No Prince Charming…Callum Griffin is the heir to the Irish Mafia. He’s ruthless, arrogant, and he wants to kill me. We got off on the wrong foot when I set a (very small) fire in his house. Our families believe a marriage pact is the only thing that will prevent all-out warfare. I think I might need to murder him while he sleeps.

This would all be a lot easier if Callum wasn’t so damned good-looking. But I’ve got a lockbox around my heart. Because even if I’m forced to marry him…

I could never love a brutal prince.

“Brutal Prince” is the explosive first act in the epic “Brutal Birthright” series. It’s a stand-alone Dark Mafia Romance, complete with HEA and no cliffhangers. It contains blazing hot bedroom scenes for mature readers only!!!

Check it on Amazon & Goodreads

After a long, long time of reading mostly Romance, it’s strange to admit I have not read as many mafia romances as I would have expected. That’s too bad because a mafia romance, if properly written, can be wonderful! Such was the case for “Brutal Prince”!

Let me start my review by saying I want more from this series and from this author! This book is addictive, regardless of its few flaws. Aida and Callum come from the same mafia scene, but their sides have different tactics. Forced to marry after Aida accidently started a war between their families, the two need to work together, or at least learn to tolerate each other. However, neither is willing to give up.

Aida comes from a family that represents the Italian Mafia. She enjoys the comfort of her world, her home and her brothers. Being forced to live now with Callum and his family takes her out of her safe zone. So she attacks. She pushes his limits and comes back with an even stronger replica. I loved their banter and I loved seeing Aida step up and impress the living soul out of everybody.

Callum, on the other hand, is surrounded by people he does not particularly like, but needs.  He is not at all interested in small talk but understands the importance of connections. He believes having money and a position of influence in society are the most powerful weapons. Still, his rigid attitude and his inability to connect beyond politics are his weakest points. Aida complements him and that is something painful to admit.

Their attraction was well described in the book, but at some point sex became like a drug they both needed and I am not sure I liked how it was all illustrated. One of the scenes I really really felt uncomfortable reading was after a house incident involving guns – I completely felt a bit grossed. Also the admission of love came too sudden. I wanted to see Callum as a true mafia prince and based on the tile, I thought he would be more dangerous, but most of the other characters contributed to his success more than he did. He felt more like the front guy of an operation, not its leader.

To summarize, I really loved the book (despite my previous negative comments). It kept my interest from chapter to chapter  and it was hard to put down. I am anxious to read the other books in the series as well as any other book by Sophie Lark, If you are a mafia fan, this book may seem mild and too focused on politics, but it’s a great read nonetheless. 4 out of 5 stars.

Until next time, Happy Reading!

Cover Review: I love the cover and I love this guy’s look. Also, the fonts combination in the title is suggesting the opposites. Yup, I like it! But by comparing the cover to the content, I still believe the cover gives up too dangerous vibes.

Favorite Quote: “Trust is rarer than love. It’s putting your fate, your happiness, your life in someone’s hands. Hoping they keep it safe.” 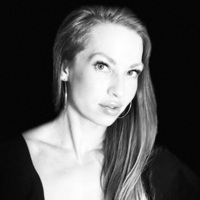 Sophie Lark is an Amazon Bestselling author who writes intense, intelligent romance, with heroines who are strong and capable, and men who will do anything to capture their hearts. She lives with her husband, two boys, and baby girl in the Rocky Mountain West.

She has a slight obsession with hiking, bodybuilding, and live comedy shows. Her perfect day would be taking the kids to Harry Potter World, going dancing with Mr. Lark, then relaxing with a good book and a monster bag of salt and vinegar chips.