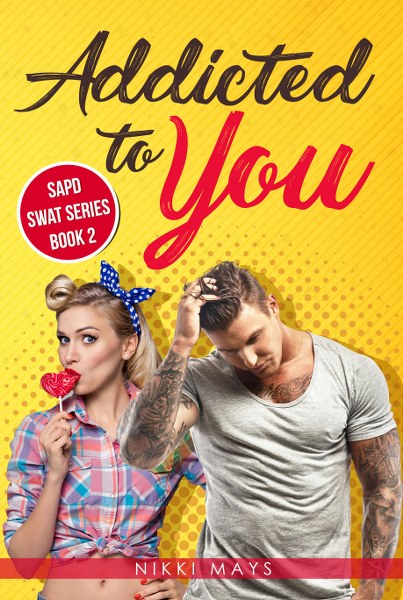 Michelle is my addiction. She’s sweetness and light wrapped up in a
delicious package. Almost as delicious as the confections she makes.
Until now, I’ve kept my distance to make sure my darkness doesn’t
taint her. She’s better than a killer who sits behind a scope.
I watch her from afar. Getting dragged under her spell a little further
with every sweet smile and mischievous grin. I know I’ll cave one
day, give into the craving to be near her. Being in her presence is a
feeling like no other, one I can’t seem to resist.
Unfortunately, I’m not the only one living under her influence. While I was
watching her, someone else was watching too. But she belongs with me,
no matter what anyone else wants.
Now I need to make sure she gives me my next fix of her, even if she’s
too stubborn to admit she wants to. She’s my addiction, cure and
redemption all rolled into one. Her soul calls out to my own. I’ll
make sure she’s as addicted to me as I am to her. She’ll crave me
– if it’s the last thing I do.
Goodreads * Amazon

“Addicted to You” brings us a character who believes he is not worthy of love and affection. He is afraid of pursuing the woman of his dreams, but he is also not willing to let her be happy with someone else. Michelle and Damon have an interesting story, one that I liked much more than the previous book.

Maybe because I am more inclined towards the enemies to lovers trope (though, they are not enemies, more like opposed personalities), but I enjoyed them more than Morris and Mellie. The determination shown by Damon is both in the form of staying away from her and wanting her for himself later on. Definitely he is my favorite character and he is by far the most interesting.

Same as in book 1, we have a mystery. Even if this one was not as strong as in “Surrender to You”, it was a nice surprise and a nice way to spice it up. Again, I wanted more angst and more tension, I wanted to feel it more.

All in all, I liked it more than book 1 and I am sure the series gets better and better. Damon is a great character, but Michelle is close by. Mikki Mays gives us a series for evenings that need a little warmth and romance. Enjoy J 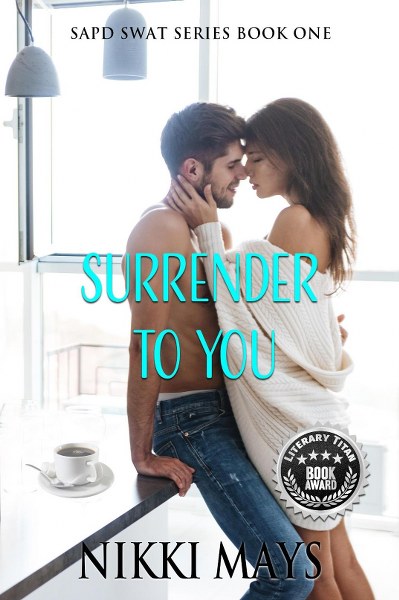 Mellie:
Mellie has been hypnotized by a pair of gorgeous green eyes, attached to a
very yummy package for months now. Unfortunately for her, her brain
goes on hiatus anytime Morris Jackson is around. Looking like a
bobble head whenever he asks her anything isn’t the best way to go
about getting a man like him interested. Not like ruggedly handsome
men go for quirky, accident prone introverts like her. Plus, even if
she did have a snowballs chance in hell with him, him being her
brothers SWAT teammate doesn’t bode well for her. A girl can dream though!
Morris:
Those blue eyes sucker punched him the minute he looked into them. It felt
like the ground had literally gone out from under him. Mellie is
everything that he could ever want and everything that he shouldn’t
have. Even if he didn’t know that she’s too good for a guy like him,
her brother would never be okay with it. He is over protective and
proud of it. But at some point you have to say screw the consequences
and go after what you know is meant to be yours.
Too bad someone wasn’t happy for them when the found their way to one
another. Someone will make sure they don’t stay together by any means
necessary. They’ll even kill to get what they want.
Goodreads * Amazon

A lovely story and a quick book to read, “Surrender to You” brings us two main characters, apparently a little insecure around each other. Since it is the first book in a new series, we learn a lot about the other team members and we have a little bit of each other’s personalities.

Morris and Mellie come together the traditional way: someone gives them a push. I must admit, it was becoming a little annoying (not necessarily in a bad way) how they both wanted each other but none had the guts to admit it. Until Mellie’s brother interferes. The heat, the passion and all the words left unspoken are expressed in the intimacy. So as a couple, they are great.

The mysterious aspect is much welcomed in the story. Someone definitely does not want them together and they have a lot of issues to uncover when it comes to their potential enemy. But I wanted and expected more. I wanted more suspense, I wanted a more natural (not sure if it’s the correct word) combination between the two stories. There are moments in which the action feels forced.

But, to sum it up, I did not dislike the book, on the contrary. I liked it enough to give it 3.5 stars and to read more of the other characters. At the moment I am writing this review, I have already read book 2, so I know what’s coming! 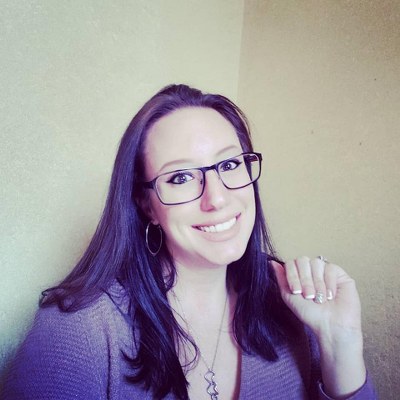 Nikki Mays is a pen name that was created from her maiden name. She is a
wife and mother, who lives in a small town in New Jersey. She has
been with her husband for a decade and is surprised that he’s still
alive. She began writing as a creative outlet after becoming a stay
at home mom. She decided that she needed something exclusively for
herself, not just being mommy. She has two crazy boxers that love to
keep that “Evil” mailman out of the yard. Besides writing
and spending time with her little hellions, she enjoys cooking &
baking. She has recently taken up gardening and made her loving
husband plant her a mini fruit tree orchard, as well as a garden
taking up half an acre. Nikki loves to be stalked by her readers and
encourages all interaction.
Facebook * Twitter * Instagram * Bookbub * Amazon * Goodreads