I am thrilled to be hosting a spot on the FALLEN by K.L. Bone & Greg Wilkey Blog Tour hosted by Rockstar Book Tours. Check out my post and make sure to enter the giveaway! 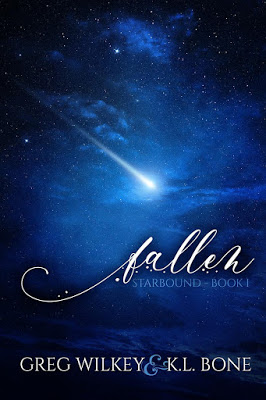 Sometimes, even stars must share their light to stop the darkness…

The dream was always the same. Stars falling from the sky, their dying screams echoing across a bleak canvas. Rosalind never imagined the horrors which plagued her sleepless nights were not dreams, but warnings of an uncertain future. Nor that her visions were shared by another.

Across an ocean, Zeke gazes at the sky each evening, helplessly watching as his beloved stars vanish from sight. Most believe these disappearances to be natural, but as the light of the night sky rapidly fades, Zeke knows in his heart, something far worse is at play.

When this unlikely pair meet, romance sparks under moonlit nights. Little do they know their union will awaken a long-dormant power which seeks to consume all within its grasp.

Together, they must discover a way to save the stars, before only darkness remains.

This was such a fantastic read! It did not came as a surprise at all, since I’ve read (as in listened to) another book by K.L. Bone – Embracing the Dragon (review here) that was also a 5 star book. Not only it brought me closed to the stars I also happen to love, but it made me feel so intrigued and so determined to find out what is behind this strange connection that our main characters have.

The opening scene, with the two professors debating about the Universe captivated me from the start and I started making my own scenarios about how the story would unfold. Still I was not expecting the outcome. Then we have our main characters, Rosalind and Zeke, who have so much in common. Their connection feels natural and unusual at the same time. They both love the stars, they both have the same nightmares and they both love their studies with a passion. Their dedication is impressive.

As a Romance reader myself, I cannot but appreciate how the relationship between Rosalind and Zeke evolves and how their connection moves forward, at a natural pace. The cliffhanger killed a piece of my heart, but I am now so looking forward for the next book in the series.

Yes, I loved it in a crazy way and I devoured every page! I hope you’ll love it just as much!

Cover Review: I love it! I love the sky, the stars, the font, even the & between the authors’ names! It feels balanced and it is really well connected to the story!

Bone has a master’s degree in modern literary cultures and is working toward her PhD in creative writing at Queen’s University Belfast in Northern Ireland. She wrote her first short story at the age of fifteen and grew up with an equally great love of both classical literature and speculative fiction. Bone has spent the last few years as a bit of a world traveler, living in California, London, and most recently, Belfast. When not immersed in words, of her own creation or studies, you’ll find her traveling to mythical sites that have inspired storytellers for generations. 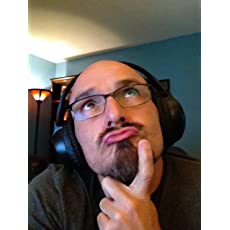 “Greg Wilkey is a writer to watch. His three suspenseful Mortimer Drake teen vampire novels delight male as well as female readers, and Greg’s imagination, and storytelling
have enchanted fans, young and old. I applaud Greg’s immense talent and his willingness to go it alone as an indie published author. Obviously word of mouth is bringing the intrepid Mortimer Drake to new readers every day. Many a New York published writer would be grateful for Greg’s ever increasing sales.” — Anne Rice, author of Interview with the Vampire.

Greg Wilkey was born in Chattanooga, Tennessee in 1971. He developed a love of stories and adventure at an early age. He has always loved to read and write. He graduated from college with a degree in education and began a career in teaching world languages in 1993. He spent the next 15 years as a classroom teacher of Spanish until moving into school administration in 2007. He is currently in his eigth year as an assistant principal. He was married for 21 years to the love of his life, Alicyn Melton Wilkey. She died suddenly of a heart attack on February 28, 2014. He makes his home in Chattanooga where he is the proud pet parent of three spoiled cats. Currently, he is the author of the Mortimer Drake Series of vampire books for young adults and the Neither Nor Series of supernatural thrillers starring his young hero, Edgar Flax.