We are excited to celebrate the release of Michelle Dayton’s new release, FAST RIDE! Join in on the fun with reviews, excerpts, plus a giveaway! FAST RIDE is a spicy, surprisingly emotional, contemporary romance, the first in a brand-new series. Find out what happens when Jen Appleton says yes to a one-night stand in a roadside motel with the hot, hot, hot Garrett Tracy. 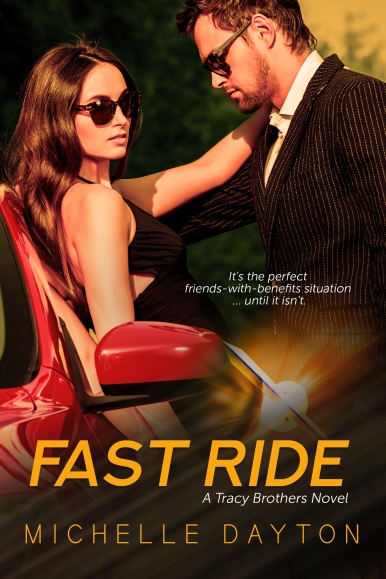 Jen Appleton is the woman who always says yes. To her boss. To her employees. To charity. To everyone except herself. But when she rear-ends a red Porsche on her way home from a nasty day at work, and the man driving the midlife-crisis cliché turns out to be hot, hot, hot, Jen decides tonight’s the night to say yes to things she’s never said yes to before.

Yes, to a one-night stand in a motel.

Yes, to the hottest night on record.

Yes, to anything Garrett Tracy wants to do to her body.

Garrett knows the chemistry between them can only be described as extreme. But it’s just one night. And then he can get back to work convincing his ex-girlfriend to give him another shot.

When Jen approaches Garrett as the only person in Chicago who might solve her massive work problem, he agrees to help—on the condition that Jen will coach him in winning back his ex. As they work on their projects, Jen and Garrett can’t resist the incredible attraction sparking between them. It’s the perfect friends-with-benefits situation. Until Jen’s heart finally forces her to start saying no

This was such a great read, with hot scenes, with funny moments, with smart characters. It is a very quick read, not only because of the length, but also because it is very easy to absorb the story and appreciate the characters.

Everything starts with a bump. More or less… and a spilled yogurt that cased a sexy dress, that affected the guy whose car got hit. Ok, you get the point from the blurb! She hits him, they feel the attraction, they have a one night stand (or so they say) which is also a base for a beautiful friendship. He wants to get back with his ex, she wants to attract her boss’ attention. So they both are not available. They are just friends with an awesome benefit.

I know you may have heard the story before, but the way the friendship between them grows is beautifully presented and that one night spent in a cheap hotel allows them to know each other and know parts of themselves that even they did not know. They are free of limitations, inhibitions and rules. They start to build something based on honesty and mutual help. I liked that very much! No character is too bitchy or too jealous, but they are intense in … some moments, if you get what I mean!

Suffice to say that this first book in the “Tracy Brothers” series is fabulous and I cannot wait to read the next story!5 out of 5 stars!  I loved the writing, I loved the characters and I loved the plot! Check it out 🙂 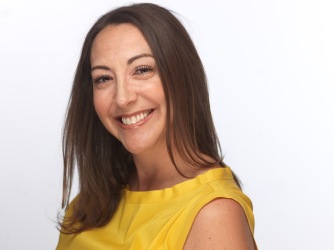 There are only three things Michelle Dayton loves more than sexy and suspenseful novels: her family, the city of Chicago, and Mr. Darcy. Michelle dreams of a year of world travel – as long as the trip would include weeks and weeks of beach time. As a bourbon lover and unabashed wine snob, Michelle thinks heaven is discussing a good book over an adult beverage